I wanted to like this book so much! I am a complete sucker for the Undiscovered Hero trope (aka “Yer a wizard, Harry!”) and that’s definitely in play here. The world it is set in is interesting, the characters engaging and funny, and the plot is a fun one. So why didn’t it wow me?

The problem here is entirely in the writing. The author spends way, way too much time telling, not showing. As an example: early on, the main character is injured and must spend an extended time recovering. Days pass and many conversations are had with the supporting characters, and yet in all of that this is not a word of dialogue. Instead, it’s “X talked to Y about [topic] and learned [thing].”

And then there’s the world-building. I strongly believe that if an author is going to have magic (or politics, or complicated relationships) then this should all be laid out on paper ahead of time so that when the author writes the story they have a reference to keep things consistent. The issue here is that several entire chapters are spent describing the specific mechanics of magic performed by the main character. This complexly derails the plot and removes any sense of urgency for the reader. Now, I want to say that what is described is interesting, and if I was reading a book about how to construct a theoretical system of magic that is coherent and believable, this would be great! But that’s not what the reader is here for. Instead it’s page after page of exposition and painfully detailed descriptions.

I think of it this way: A good approach for something like this would be the blind men and the elephant, where the reader learns small parts of the cohesive whole as the story progresses, and maybe pieces it all together by the end of the story (or series). Instead, this book has a detailed description of every square centimeter of the elephant.

Even after all of this, though, I would be willing to check out a sequel, because I really do like the characters and setting. I can only hope that the writing is whittled down a bit so that the plot is in the forefront and the minute details are perhaps less explicitly described.

A final note: this is definitely not a m/m romance book. As others have noted it falls more under queer urban fantasy (which I enjoy as well!). 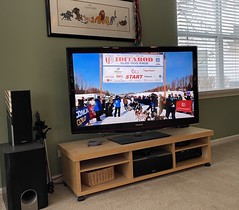