When you’re not ready to go to bed yet… so you destroy it. ?

That is definitely me!

By expression and distaste, yes. That mess? Never. Your brain would explode.

Damn! You know me too well, my friend! ?

This makes perfect sense to me!

Also posted on Tumblr at: http://ift.tt/2kezhPO

There’s some gin in the kitchen infused with sloe berries. It tastes like cough medicine. Quite nice actually.

I adore gin, and I’m even learning to like Old Tom gin. I still haven’t figured out what to do with sloe gin, though.

In tall glass, squeeze half a lemon into two shots of sloe gin and fill with club soda. It’s called a Sloe gin fizz and it takes like a SweetTart.

And if you’ve neither? I don’t like tonic water, and gin isn’t my fave spirit but if i need a drink it’s acceptable. Anything else masks the taste, but carbonated water would do.

Soda water is carbonated water enhanced with some type of sodium. You could use just sparkling water if you prefer a zero-sodium alternative. You wouldn’t want to use tonic water so good thing you don’t like it.

SweetTarts (candy that tastes both sweet and tart):

I’m not sure we have soda water. Just carbonated, tonic and lemonade.

Drank gin once some time ago. Only a small glass and not even full. Gave me such a headache the next morning. XD

How much of a glass? You’re not meant to fill the entire glass you know, unless it’s a shot glass lol.

I wanna try absinthe or something insanely strong.

I thought absinthe was a strange, mysterious drink until I learned that I had had something extremely similar while in France: pastis (Pernod and Ricard are the most popular, I think). A little pastis and some water over ice on a hot day is wonderful!

As for gin: you have to know that there are many different kinds of gin. The most common and popular one is the London dry gin (your typical juniper-punch-to-the-face). I like it in cocktails but not so much straight. (As if I enjoy anything straight. Ahem.)

I far prefer either a cucumber-flavored gin (Hendrick’s is the most common one in the US) or a botanical gin (yes, they contain juniper but the more forward flavors come from a mix of flavorings like citrus, cinnamon, nutmeg, coriander, and many others). Oh, and if you’re drinking more than 60 ml at a time, you are well on the road to regret! 🙂

Over the last few years I have discovered the joy of gin and tonics, but I have also learned that the “tonic water” that you buy is absolutely and thoroughly disgusting. Tonic syrups are becoming more popular in the US; these are basically just a sugar syrup with quinine and various botanical flavorings. This is a nice overview (and I see several brands I still need to try! Jack Rudy’s is my go-to, but 18.21 is amazing).

I will now stop being a pedantic ass and go back to enjoying my booze quietly.

Also posted on Tumblr at: http://ift.tt/2jraESR So good it needs a crosspost from Twitter. Love it!

Also posted on Tumblr at: http://ift.tt/2jnEFDd

There’s some gin in the kitchen infused with sloe berries. It tastes like cough medicine. Quite nice actually.

I adore gin, and I’m even learning to like Old Tom gin. I still haven’t figured out what to do with sloe gin, though.

Also posted on Tumblr at: http://ift.tt/2jH3OaA

Also posted on Tumblr at: http://ift.tt/2jLxaSR investigating the robots, hidden inside furry toys. (Link to project)

Also posted on Tumblr at: http://ift.tt/2kgPqXL

We Three Kings on pre-order.

Also posted on Tumblr at: http://ift.tt/2jslrr4 Also posted on Tumblr at: http://ift.tt/2kgWZ0n Also posted on Tumblr at: http://ift.tt/2jgyJM7

Also posted on Tumblr at: http://ift.tt/2jA8BdS Also posted on Tumblr at: http://ift.tt/2jbYKfx Also posted on Tumblr at: http://ift.tt/2knYxmz Also posted on Tumblr at: http://ift.tt/2jTeVvG

A drifter since his
teens, Jimmy Dorsett has no home and no hope. What he does have is a
duffel bag, a lot of stories, and a junker car. Then one cold desert
night he picks up a hitchhiker and ends up with something more: a letter
from a dying man to the son he hasn’t seen in years.

On a quest
to deliver the letter, Jimmy travels to Rattlesnake, a small town
nestled in the foothills of the California Sierras. The centerpiece of
the town is the Rattlesnake Inn, where the bartender is handsome former
cowboy Shane Little. Sparks fly, and when Jimmy’s car gives up the
ghost, Shane gets him a job as handyman at the inn.

Both within
the community of Rattlesnake and in Shane’s arms, Jimmy finds an
unaccustomed peace. But it can’t be a lasting thing. The open road
continues to call, and surely Shane—a strong, proud man with a painful
past and a difficult present—deserves better than a lying vagabond who
can’t stay put for long.

Wow, what a great book.
Both Jimmy and Shane are broken people, each in their own way. Seeing
them interact and how the broken pieces fit together is wonderful to
read.

I’ve been trying to put my finger on why I enjoyed this book and Kim Fielding’s “Bones”
books, and I think (aside from the great main characters and dialogue),
she creates a wonderful sense of place. The story isn’t taking place in
a vacuum, and the secondary characters are interesting and have lives
“off-screen.” I’ve read a few too many books where every single
character introduced has a specific role to play in the plot. It’s OK to
just have someone in the background who doesn’t, you know, actually do
anything other than aid in the setting!

It’s always a good sign
when I get wrapped up enough in the characters and the story that when
the end of the book comes I’m crying and wanting more. That was
definitely the case with Rattlesnake!

I initially read (and reviewed) this book in June, 2016. I
just finished listening to K.C. Kelly’s performance of this audiobook.
Kelly’s voice is perfect for the story, adding a comfy Western twang to the
narration and providing suitable accents for the characters. His
performance is remarkable because he pays attention to how the
dialogue is delivered, as well as differences in cadence and intonation.
Jimmy’s simple “Sure.” (in context, “go ahead, I don’t mind”) has a
rising intonation that matches how you would imagine the character would
naturally speak. I’m probably describing this poorly, but it is safe to
say that I enjoyed Kelly’s performance very much, and he made a great
book even better!

Also posted on Tumblr at: http://ift.tt/2k0Z4NG

quadrant90 replied to your photo:
Posted before, but it makes me smile. Charlie,…

Aww I want to call him a good boy and give him a belly rub.

Charlie loves belly rubs! Careful though or you’ll have 40 pounds of dog climbing into your lap and licking your face! Posted before, but it makes me smile. Charlie, fashionable as always! #bordercollie (at Volo, Illinois)

Also posted on Tumblr at: http://ift.tt/2jfecCV

when your practicing your singing voice

Sing us the song of your people…

Hey, just because you can’t recognize a fine aria when you hear one…

Also posted on Tumblr at: http://ift.tt/2jc9Igg

Did you miss out on that awesome Pride Fox pins Kickstarter? It’s not too late to get yours!

(Disclaimer: @tabbiewolf is a friend, but I adore this project regardless!)

Also posted on Tumblr at: http://ift.tt/2kg7r5C this is the kind of content i’m here for

Dangit, we so blew our chance for something like this!

Also posted on Tumblr at: http://ift.tt/2jn8Oky

There are a lot of things in this world to complain about (and heavens know I do that enough elsewhere) but I want to mention a small thing that is killing me: I adore the book I’m reading now (In the Middle of Somewhere by Roan Parrish). It’s a sweet romance between two likeable characters in a cozy small-town setting. The only thing bothering me is that it is written in the first person, present tense and it’s killing me! As I read the grammar stickler in me keeps looking back and thinking I’m seeing inconsistencies in tense. That is really disruptive.

It looks like the series continues from here and I look forward to seeing more, but if the writing style doesn’t change I’m afraid I’ll have to bail.

Also posted on Tumblr at: http://ift.tt/2jQXC01 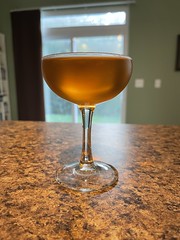