Once upon a time, we announced that we would be taking a cruise in December, 2012. Well, following some changes in plans and some freeing up of vacation days available, the trip has morphed into a NINE-DAY VACATIONPALOOZA!

Here are the specifics:

On November 30, 2012, we will fly into Orlando right after work. We will be staying there through Wednesday, December 5. Our accommodations will depend on how many people will be joining us. If just a few (or none) we will probably get a hotel room, but if we can get at least a few more folks we can look into a vacation rental house/townhouse. This will drop the cost per night way, way down, plus we can cook a couple of meals ourselves and save some money on food. We will also definitely be renting a car while we’re there.

What will we be doing in Orlando? Well, I hope that we will be able to look up some of our friends down there and at least say hi! We’ll be visiting one or more Disney parks, and for Disney geeks the coolest thing is that as a Siemens employee Dan can get a limited number of tickets into Base21, the Siemens-owned meeting area/lounge located in Spaceship Earth. In addition to Disney, we will also want to go to Universal Studios, as well as other nifty things to see in the area. Note that December 1 is Dan’s 36th birthday, so we’ll be sure to do something special that day!

On Wednesday morning we’ll pack up and head out early for the Port of Miami. There we will board the Celebrity Reflection for a three-night cruise to the Bahamas (ship info: http://goo.gl/Vl2hC and cruise info: http://goo.gl/MF7HI). This cruise will be the inaugural Caribbean cruise of the Celebrity Reflection, which launches in October, 2012. Not only will it be a spiffy new ship, it will be the biggest and most modern ship in Celebrity’s fleet. The ship will visit Coco Cay, Bahamas and Nassau, Bahamas, and then will return to Miami at 8 AM on Saturday, December 8.

So, what will the cruise cost? Well, that all depends on your accommodations. An interior cabin is cheaper than a balcony room which is cheaper than a suite, naturally. We’ve worked up a spreadsheet to help you estimate the expenses and see how it fits with your budget. You can find it at: http://goo.gl/3r74q

Once the cruise is over, well, plans are a little up in the air. Depending on airfares it may be cheaper to go back to Orlando and fly home from there, but if possible we’d like to explore Miami a bit and fly home from there. We’ll see how plans work out once we know who’s with us and what they might be interested in.

So we have two awesome vacations (or one big vacation), and we would love to share the fun times with friends. Who wants to join us? 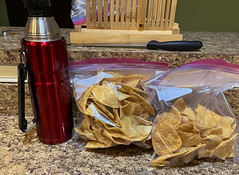