So, what else has been going on lately? Since I’m lazy, I’ll use bullet points.

That’s all for now!

Whoa, am I falling behind!

The most notable event recently was the second annual Midwest FurFest Summer Picnic, which took place on the weekend before last. We welcomed Gir, Nik, Cadyr, and Eddi over at our place that Friday night and did some prep work for the picnic (including Genet making five gallons of simple syrup for the sno-kones!). We packed it in on the early side, then it was up relatively early on Saturday. Picnic prep went quickly, though we were late leaving the house.

The picnic was amazing. We had over 150 RSVP’s, though the actual turnout was probably more like 135 or so. It was a beastly hot day, in the 90’s and humid. We set up two grills, one for Midwest FurFest and one for Furry Connection North. In the time leading up to dinner I was in charge of making appetizers, which I did with copious help from Linnaeus, Aureth, Genet, Roho, and Cadyr. Appetizers included grilled pineapple with cumin, quesadillas, grilled plums, grilled baby bok choy in a light peanut sauce, and grilled jalapeno peppers, stuffed with cream cheese and wrapped in bacon. This was supplemented by an inspired addition on Dan’s part: he rented a sno-kone machine, which was perfect for the day. We went through about 80 pounds of ice, providing sno-kones for everyone (even bacon and peanut butter flavors!).

The main event came down to Furry Connection North’s Guacamole Bacon Bomb Burgers (secret ingredient: chopped bacon and scallions mixed into the burger!) versus Midwest FurFest’s Killer Bacon Cheeseburger (secret ingredient: 7-year-old aged cheddar cheese!). They were part of a delicious dinner buffet that included green salad, steakhouse potato salad, baked beans, and several trays of tasty dessert pastries. We had more than enough food (as always), but everyone seemed very happy with dinner and no one walked away hungry. I’m pleased and proud to say that Dan’s bacon cheeseburgers won the day, though Gir’s burgers were mighty tasty. Perhaps a rematch is in order?

The only downside is that the heat of the day and the hot grills took their toll – Gir, Dan, and Genet all had to take breaks because of the heat, and honestly early on I felt a little dizzy myself. Fortunately with lots of water and some time in an air-conditioned car, everyone bounced back and was able to return to the fray. Overall it was an excellent event, and I think that we succeeded in our goal to maintain awareness of Midwest FurFest during the summer months, recruit new volunteers, and increase community goodwill toward the convention. Certainly a worthwhile event!

Speaking for me personally, I’m wondering if the picnic isn’t getting a bit too big for us to be doing all the cooking (or any of the cooking, really). I’ve got some ideas for next year, but if we’re back to grilling for crowds again, I wouldn’t be too upset about that.

So, after much dithering back and forth over which cruise line, itinerary, and embarkation/debarkation ports, we have narrowed it down and made our decision! We will be sailing on the Celebrity Millennium on an eight-day, seven night cruise. We will fly into Anchorage, Alaska on Thursday, May 26, 2011. The next day we will take a train to Seward, Alaska, where we will board the Millennium. The ship will visit Hubbard Glacier, Juneau, Skagway, Icy Strait Point, Ketchikan, and the Inside Passage before arriving in Vancouver, British Columbia on Friday, June 3. We will follow the cruise with a brief weekend in Seattle, Washington, before flying home on Sunday, June 5.

END_OF_DOCUMENT_TOKEN_TO_BE_REPLACED

So, what do you get when you have a couple of movies that score better than 90% on Rotten Tomatoes, a drive-in movie theater, and excellent weather? Sounds to me like a fun trip to the McHenry Outdoor Theater! This weekend, they are showing Despicable Me followed by Toy Story 3. This coming Saturday night will be partly cloudy with a low of 62 degrees, and we are definitely going! We would enjoy the company of friends 🙂

We will be gathering at our house, then making the 10-minute drive over to the Outdoor at around 6:45 PM. The movie starts “at dusk or as soon as it is dark enough” (dusk on Saturday will be 9 PM). Tickets are $7.00 each. We will be bringing some tasty food (to be determined), as well as a cooler full of Beverages (adult and otherwise) – you are welcome to bring your own or partake of ours! Be sure to bring a folding chair, though we’ll have some to lend out. Insect repellant is a good idea, too. The theater also has a decent concession stand for burgers & such.

Interested in joining us? Let me know here or by IM!

Right, there was a holiday weekend back there. We were still dragging from Anthrocon going into the weekend, so keeping things laid-back was definitely on the menu. On Friday night, roho and genet stopped by and we made fajitas, then just hung out. Saturday was a lovely day of relaxing, then Roho, Genet, and linnaeus came over and we made steaks Argentinean style. OMG SO GOOD! This is a method described in the latest issue of Cook’s Illustrated: you coat the steaks lightly with a salt/cornstarch mixture, then place then in the freezer for 30 minutes. You build a hotter-than-heck charcoal fire and put a couple of wood chunks around the perimeter. Then you season the steaks with pepper and put them on the grill, 2-3 minutes per side, flipping twice. They came off perfectly rare/medium-rare. Oh, wow! Those were excellent – a nicely browned crust and suffused with hickory smoke. So good.

Sunday was another day of lazing about in the morning, then chanur2000 came over and he and takaza went to work reconciling Anthrocon’s finances. As they did this, I caught a ride from Roho & Genet down to justincheetah and calapurr‘s for their “Red White and Gin” party. It was an awesome party – great food, tasty drinks, shameful performances on Rock Band, and the evening was capped off by watching the town’s fireworks from their back deck. Awesome. I was also quite pleased that the gazpacho I made seemed to go over well. Since a couple of folks asked for it, END_OF_DOCUMENT_TOKEN_TO_BE_REPLACED

Now that we’re all mostly recovered from Anthrocon…

The July LAFF Softball Game and Midwest FurFest Summer Picnic are just a two weeks away on Saturday, July 17. All of the fun will be at Prairie Springs Park in Pleasant Prairie, Wisconsin (just north of the IL/WI border).

Practice for softball starts at noon, and the game starts at 2 PM sharp. The Midwest FurFest Summer Picnic will start at approximately 6 PM, right after the final softball game.

What’s on the menu for the picnic, you ask? Hamburgers, this year. But not just any burgers – these will be the product of a cookoff between Midwest FurFest and Furry Connection North! Takaza (the chairman of Midwest FurFest) and his team of cooks are taking on Gir Tygrin (chairman of Furry Connection North) and his crew in a good old-fashioned grill-off with the results decided by YOU! (A limited number of chicken breasts will also be available for those who prefer not to eat red meat – please let us know in advance if you want chicken, please!)

Dinner will be accompanied by various salads and desserts. We’ll have water and Gatorade available throughout the day as well. Additionally, both grill teams will be making fun grilled appetizer all day long for players and fans to snack on. Best of all, it’s all FREE courtesy of your hometown furry convention, Midwest FurFest! We have ulterior motives, of course 🙂 Midwest FurFest exists because of volunteers, and new volunteers and staff are always needed to keep the convention thriving. If you have any questions about the convention, if you’re interested in volunteering, or you just want to learn how it all comes together, feel free to ask any of the folks with a Midwest FurFest nametag and they’ll be happy to help you out.

Now here’s the important bit: RSVPS ARE DUE BY NOON ON WEDNESDAY, JULY 14! If you don’t get your RSVP in by then, we can’t guarantee we’ll have food for you! (though we will try to accommodate everyone we can). How do you RSVP for the softball game and/or the picnic? Do you comment on this post? NO! However, you can send an email to steviemaxwell *at* gmail *dot* com with the subject line of “July RSVP” or comment on this post. (Please state if you’ll be attending the game and/or the picnic when you RSVP, and remember that an RSVP stating that you “might” be there is not an RSVP because we “might” have food for you…or we might not 🙂 In the event of bad weather, an announcement will be made to the LAFF list and LJ communities regarding the status of the picnic on the morning of the game. 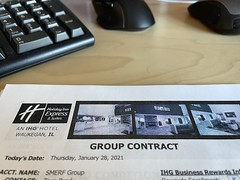