Just a reminder: The Midwest FurFest 2009 Feedback Survey closes in just a few days, at midnight on Friday, January 15! Here’s a reminder in case you missed the initial announcement:

As promised at Closing Ceremonies, we have posted a Feedback Survey for Midwest FurFest 2009 at http://www.furfest.org/survey We would appreciate you taking the time to fill out the survey and help let us know what worked, what didn’t, and how we can continue to make Midwest FurFest the best convention we possibly can! Just to sweeten the deal, we’re throwing in a little bonus – one respondent’s name will be chosen at random to receive a free night’s stay at the Hyatt Regency O’Hare, to be used any time before November 22, 2010 (which means you can use it at Midwest FurFest 2010!). Participation in the drawing requires you to enter your contact information, but it is strictly optional and is not required to complete the survey. We look forward to your responses, and thank you for your help in improving Midwest FurFest!

Right, about time for a proper update I suppose.

Once again, takaza and I were able to celebrate the new year by hosting Wuffmeet New Year’s Eve (our fourth in a row). Once again, it was an awesome party as we welcome about 40 friends to the cozy confines of our usual hotel for three full days of hanging out, swimming, hot-tub-soaking, and just a wee bit of imbibing. I think we really did well on the food this year: the New Year’s Eve dinner from Brown’s Chicken was tasty, but Saturday night’s dinner catered by Smoque was definitely a home run. Add to that a very entertaining (and very inexpensive!) trip to Whirlyball, and I’d say that it was an excellent Wuffmeet all around. Thanks to all who could make it! A notable thing about this year: it’s the first Wuffmeet ever where we were in the black, even if it was just a little bit. That was a nice change, too.

Work has been crazy over the last few weeks, including having to work between Christmas and New Year’s for the first time in a few years. It was annoying, but not the end of the world, even if I did have to work until 2 PM on New Year’s Eve. I finally wrapped up the last bit of really high-pressure stuff yesterday, so it’s nice to actually have a chance to breathe again.

Things weren’t helped by the fact that both Dan and I got sick after Wuffmeet (only two of several folks who got sick, unfortunately). Dan’s getting over a sinus infection and mild bronchitis, and I think I need to see a doctor about my chronic bronchitis since I’m coughing a lot at night. This should be fun since at the first of the year I moved onto my employer’s health plan after having been on Dan’s plan for the last eight years. We had the distressing realization that with the tax penalties for domestic partners, we were losing about $1,300 per year by keeping me on his health plan. So, I don’t have a health insurance card or prescription card, but I’ll need to figure out how to see a doctor in the meantime. Fun!

Finally, we had the pleasure of spending the some time with girtygrin, nikvulper, and eddiddiums as they visited Chicago last weekend. After hanging out and chatting at their hotel on Friday (joined by daveqat, jimcyl, and tecknow as well as several locals who we saw fleetingly before they took off), we met up with them in time for brunch on Saturday, which we had at Wishbone (and were joined by linnaeus). The biscuits and gravy were transcendent, and my shrimp and grits were delicious.

We then walked up to Paulina Market where we picked up some tasty meats (and I got some duck fat, yum!), then it was over to Dave and Jim’s place to hang out and chat for a bit. We ventured into the cold to stop by Evil Squirrel Comics to say hi to woodychitwn and Ryan, then it was time for dinner. We wound up at The Curragh (yes, the Irish pub that was near Woodfield Mall – they finally re-opened in Norwood Park!). Dinner was excellent, and the Magner’s cider was much appreciated. It was a very fun day spent with some very cool folks – we definitely need to return the favor and see more of Ann Arbor soon.

On Sunday…well, on Sunday we rested. It was glorious – a quiet day at home, and after spending the morning doing not much, I took a nap in the afternoon. Unheard of! Dan got to sleep in untilt he crack of noon as well. It was just what we needed, I think.

So that’s about it right now. Oh, I did want to mention that yesterday marked the eighth anniversary of this journal. It’s been a crazy eight years, but I’m pretty happy with how everything has worked out.

Here is a link to a Google Calendar I maintain of Furry Conventions in the US and Canada.

Also, here is the Offical Midwest FurFest Calendar, which will have MFF Staff meetings and events listed on it as soon as we figure out when those will be 🙂

We’re home now, and everything is unloaded from the cars. Unpacking will have to wait until tomorrow, at the earliest.

We had an amazing time this year, and a hell of a lot of fun hanging out with dear friends. Thanks to everyone who joined us! We are already looking forward to Wuffmeet 2010 and making plans, so you know it was a great weekend for us. 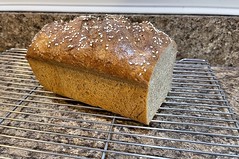